You are here: Home / Sports / Twins youth shines in shutout in Chicago 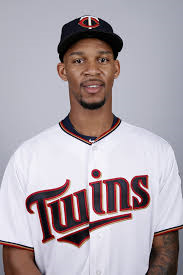 The Twins’ lost their 103rd game on Friday night, the most since the franchise moved to Minnesota. In this one, they got 6 1/3 innings of three-hit ball from Hector Santiago (13-10) in their third win in 14 games.

Shields (6-19) concluded a career-worst season split between San Diego and Chicago by allowing five runs and four hits over seven innings. His 40 home runs and 118 earned runs allowed are the most in the majors. Only Tampa Bay’s Chris Archer has as many losses.

Shields is 4-12 since being traded to the White Sox in June.

Buxton continued his late-season emergence. The former top prospect hit .193 with one homer in his first 63 games this season, but then batted .277 with seven homers, 18 RBIs and a .936 OPS in September.

It was the 83rd loss for the White Sox, who announced before the game that general manager Rick Hahn will hold a news conference Monday. Manager Robin Ventura is in the last year of his contract and declined to say earlier in the week if he wants to return in 2017.

The 34-year-old Shields was an All-Star in Tampa Bay, helped Kansas City to the World Series in 2014 and entered the year with a major league-high nine straight 200-inning seasons. That streak ended as Shields finished with 181 2/3 innings and a 5.85 ERA.

Santiago, who spent parts of three seasons with the White Sox, struck out six. He improved to 4-0 with a 1.03 ERA in four starts against Chicago this year, with two coming before he was traded by the Angels on Aug. 1.

Polanco homered in the fourth and Buxton connected an inning later off Shields. Juan Centeno added run-scoring doubles in the seventh and ninth.

Twins: Brian Dozier went 1 for 3 with a walk and two strikeouts before exiting with right oblique soreness. Dozier is in a 2-for-37 slump and remains at 99 RBIs. … Manager Paul Molitor decided not to start 1B Joe Mauer (quadriceps) again this season.

White Sox: Tyler Saladino (herniated disk) will be evaluated by doctors before leaving for the offseason. He hopes to avoid surgery.

Shields is the first pitcher to allow 40 home runs in a season since Cincinnati’s Bronson Arroyo gave up 46 in 2011.

Molitor was blunt when asked to evaluate his team, which has the franchise’s worst record since the Washington Senators went 50-104 in 1949.

He described the pitching as ”at a level that’s probably the most significant reason we’re setting a Twins record for losses.”

Asked about the AL-high 126 errors, Molitor said it would be a point of emphasis next spring because ”it’s been crazy the total we’ve been able to accumulate.”

Molitor described the toll of all the losing by acknowledging you can ”feel the attitude and the deflation each time that we walk off the field and aren’t able to shake hands.”

Amid speculation he could be traded in the offseason to accommodate a rebuild, White Sox ace Chris Sale (17-9, 3.21 ERA) seeks his career-best 18th win in Sunday’s season finale. RHP Jose Berrios (2-7, 8.61) starts for the Twins.