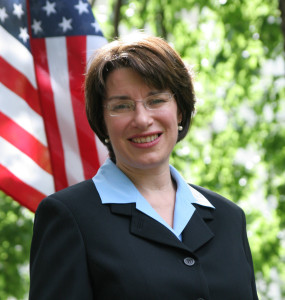 U.S. Senator Amy Klobuchar says Mylan Pharmaceutical’s misclassification of the EpiPen is another reason all lifesaving drugs need to be investigated.

“Because I don’t want to see this happening again. And clearly this has most likely happened with not just Epipens with other drugs as well. So we need further investigation to go after the other drug increases. And we need new legislation to stop this from happening again”

In 2009 the cost of  a two-pack of  EpiPens cost  $100,  and as of recent were selling for  around  $600.  Last week, Mylan  reached a 465-million-dollar settlement with the Department of Justice,  over the misclassification of the EpiPen.

Klobuchar says she plans to introduce legislation that will hold pharmaceutical companies more accountable when it comes to drug costs:

Klobuchar says the EpiPen was misclassified at the expense of states and taxpayers.  Four of the nation’s top 10 drugs increased by more than 100% since 2011.