You are here: Home / News / Vehicle sales drop 5 percent in Minnesota in 2016 (with AUDIO) 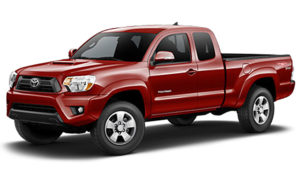 Final numbers are not in yet, but vehicle sales in Minnesota in 2016 were down about five percent from the prior year. Scott Lambert, head of the Minnesota Automobile Dealers Association, says sales of S-U-Vs, minivans and trucks were about even, but car sales dropped 16 percent.  Lambert says, “We were on a pretty heavy, kind of unsustainable growth period for… probably the past four years, and it had to level off at some point.”

Lambert adds Minnesota has become more of a truck state. “We used to sell trucks to cars about 60 percent-to-40 percent,” he says. “Now it’s getting closer to 70 percent-to-30 percent.”  Lambert says it could be cheap gas, low interest rates or just the way people live.