You are here: Home / Vikings / Vikings Lock Up Rudolph 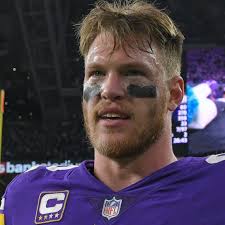 The deal will keep him in Minnesota through the 2023 season.  Rudolph has spent his entire eight-year career with the Vikings and has 41 career touchdown catches.  He posted 64 grabs for 634 yards and four scores last year.  He hasn’t missed a game over the last four seasons.