You are here: Home / Sports / Vikings notch win in Florida 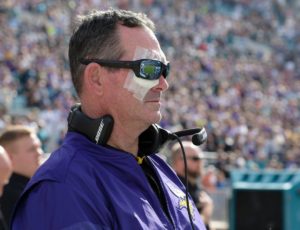 Bradford completed 24 of 34 passes for 292 yards and a touchdown as the Vikings (7-6) won for just the second time in nine weeks.

Minnesota coach Mike Zimmer returned to the sideline after missing the team’s last game following surgery to repair a detached retina in his right eye. Zimmer had a patch over the eye and was at times wearing sunglasses.

Kicker Jason Myers also had a strong day for the Jaguars (2-11), equaling Forbath in the first half with makes from 45, 55 and 24 as the teams were tied 9-9 at halftime.