You are here: Home / News / Where were you on 9-11? Prominent Minnesotan remembers (with FULL AUDIO) 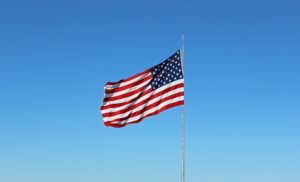 Many Minnesotans are thinking back where they were on 9-11 as the nation marks 15 years since the terror attacks and days following. State Agriculture Commissioner Dave Frederickson headed the Minnesota Farmers Union in 2001 and was in Washington DC, ready to talk to a lawmaker about farm policy, when a security guard came out of the building, yelling “Run!”  Frederickson says, “We’re a bunch of old farmers [and] we’re thinking, well, where do we run and why are we running? And then see the smoke in the skyline coming out of the Pentagon.”

Frederickson says, “I remember walking across the Mall that night and Washington D-C was deathly quiet… and only to hear in the background behind the Capitol this “whup, whup, whup” from helicopters coming…. And it turned out those three helicopters were President Bush coming back to the White House.”