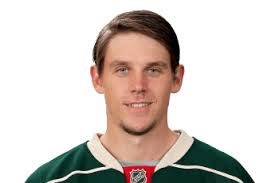 With snow on the ground and temps in the teens, the Minnesota Wild elected not to practice in advance of their Friday game with the visiting Tampa Bay Lightning.

It was a decision that had much more to do with mental and physical health than any plan to “overlook” their only home game with Tampa Bay.

“We deserve an off day,” center Erik Haula said after the Wild fell 4-3 to the Blackhawks in overtime on Wednesday. The contest kicked off a franchise record eight-game homestand after a long western Canada road trip.

“It’s great to be home,” Haula said. “It was a long trip for sure, especially when you play four games and it’s nine days, you know you have some off days … for anyone that has families and overall, just kind of regroup and recharge.”

A year ago, the Wild were locked in a month-long slump that ultimately cost former coach Mike Yeo his job.

By contrast, there’s not a dramatic bit of regrouping needed in Minnesota this week. Even after earning just a point versus Chicago — the Wild’s first loss to their closest rivals in the past nine meetings — Minnesota still has a firm grip on the top of the standings in both the Central Division and the Western Conference.

The picture is much more cloudy for the Lightning, who commence a four-game road trip versus Central Division teams on Friday.

Still reeling from the loss of star forward Steven Stamkos to a knee injury, Tampa Bay has won its last two games in a row, most recently blanking the Los Angeles Kings 5-0 behind solid early play from goaltender Ben Bishop.

One boost has been the play of left winger Jonathan Drouin, who has stepped up to help fill the offensive void left when Stamkos went down and has 27 points in his last 29 games. The Lightning are still in the basement of the Atlantic Division, and face long odds of a return to the playoffs, but those looking closely see recent signs of hope.

“I’m looking back from the start of the western swing, and the guys have been engaged,” Lightning coach Jon Cooper said. “We’ve had some hiccups along the way and a little adversity has hit in a couple games. … But they’re battling, and you can see that and they’ve been rewarded the last two games, which makes you feel good, and feel good for them.”

After facing the playoff-bound Wild, the Lightning visit three teams — the Winnipeg Jets, Dallas Stars and Colorado Avalanche — that are currently, like them, on the outside of the playoff picture. Cooper sees the trip as a test of where they are right now, and where they may be able to get in the next six weeks.

“It’s a cliche at this point but every game is a playoff game,” Cooper said. “We just have to keep building each game, and I believe we have. And I truly believe guys are getting rewarded for it.”