You are here: Home / Sports / Wild fall in overtime in Dallas 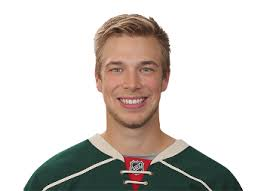 Dallas star Jamie Benn scored 1:23 into overtime to lift the Stars to a 3-2 win over the Minnesota Wild last night in Dallas. Jamie Oleksiak and Brett Ritchie also scored for the Stars, who blew a pair of one-goal leads before pulling out the win. Antti Niemi made 27 saves for Dallas, which has won two of its last three games. Nino Niederreiter and Erik Haula had goals for Minnesota, which got 29 saves from Darcy Kuemper.  Kuemper says the game-winner was a tough goal:

Kuemper says they had chances to win:

The Wild have dropped two straight and three of their last four games.