You are here: Home / Wild / Wild Start Weekend in Washington

The Washington Capitals and Minnesota Wild both need a victory in
Friday’s battle in D.C. — but they’re needed for different reasons.

Washington picked up a point in a 5-4 overtime loss at home to
Tampa Bay on Wednesday. That gave Washington, the leader in the
Metropolitan Division, 94 points. But the Capitals can ill afford
to ease up, with the New York Islanders only three points back and
the Pittsburgh Penguins five points back.

Minnesota fell 3-1 at home to Colorado on Tuesday, leaving the Wild
one point out of the second wild-card spot in the Western
Conference entering Thursday. 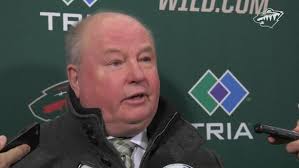 The Capitals lost twice to the Lightning in the past week but gave
the best team in the league a battle both times. However,
Washington also lost defenseman Michal Kempny with what the team
described as a lower-body injury in Wednesday’s game. He appeared
to hurt his leg when going down awkwardly, and Washington coach
Todd Reirden told reporters the team would know more about the
situation in the next day or two.

“I think, at this point, it’s safe to say he’s going to miss some
time,” Reirden said.

Still, there were plenty of positives for Washington to take away
from the game Wednesday. The Caps set a team record for shots in a
game (58) and held a 30-shot edge over the Lightning.

Despite the loss, Reirden loved his team’s effort.

“We came out exactly how we wanted to start the game,” he said. “We
had lots of chances, lots of good things. The effort was
outstanding. It said a lot about our character, if you ask me.”

The Wild are looking for some good things down the stretch while
trying to work their way into the Western Conference playoffs under
former Washington coach Bruce Boudreau.

Minnesota is stuck in a late-season slump, dropping five of its
last six games while scoring no more than two goals in any of the
losses. Zach Parise scored the only Minnesota goal against the
Avalanche, a power-play score that tied the game at 1-1 two minutes
into the second period.

Parise also said that his teammates have to keep battling since
they’re still so close to a postseason bid.

“We can’t (get frustrated),” he told the team’s website. “If we do
that, we might as well throw the season away. We don’t have a lot
of time to do that and feel bad. Hopefully, we can scoreboard watch
and get some help maybe. Let’s see if we can correct things
offensively before the games on the weekend.” 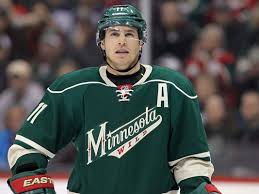 Boudreau said after the loss that he also was concerned with the
offensive problems the team has battled this season. The Wild enter
Thursday ranked 24th in the NHL in goals scored (199), something
not typical of a Boudreau-coached team. More offense down the
stretch could be a big lift as Minnesota fights for that playoff
spot.

“This year we haven’t been able to score when we needed to score,”
Boudreau said. “We’ve had great looks and great opportunities to
score, but (haven’t done it).”