You are here: Home / Sports / Winter Classic Coming To Minnesota

(Dallas, TX)  —  The 2021 NHL Winter Classic will be hosted by the Minnesota Wild at Target Field, the home stadium of the MLB’s Twins. NHL officials announced the site for next Winter Classic during this season’s game Wednesday at Cotton Bowl Stadium in Dallas. Minnesota’s opponent for the next New Year’s Day game will be determined later. It will be the first Winter Classic for the Wild, and their second outdoor game. They beat the visiting Chicago Blackhawks 6-1 in a Stadium Series game at TCF Bank Stadium in Minneapolis four years ago. A crowd of 85,630, the second-largest at an NHL game, attended Wednesday’s game between the Dallas Stars and Nashville Predators. The game-time temperature in Dallas was 54.9 degrees, the highest for a Winter Classic game. That was about 22 degrees warmer than it was in Minneapolis at the time it was announced that the Wild will host next year’s game. 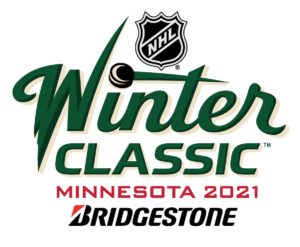 The Minnesota Wild will host the 2021 Winter Classic at Target Field on January 1.

The Wild will begin preparations for next years Winter Classic by hosting an outdoor practice on Thursday morning at the St. Louis Park Rec Center.  The entire team and coaching staff is expected to be in attendance for the approximately one hour event that starts at 10:30 A-M.  The team is also preparing for the second half of their four game homestand after dropping each of the first two games.  Saturday they’ll host Winnipeg at 1 p.m. followed by a Sunday tilt against Calgary at 6 p.m.

Right-hander JT Brubaker will make his major league starting debut on Thursday afternoon and try to help the host Pittsburgh Pirates snap a seven-game losing streak against the red-hot Minnesota Twins. The 6-foot-3, 185-pound Brubaker (0-0, 0.00 ERA) is replacing the injured Mitch Keller (oblique) in the rotation and earned the starting nod after two […]