You are here: Home / Sports / Wolves drop another road game 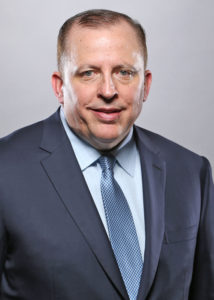 No matter how much Tom Thibodeau screamed, his Minnesota Timberwolves clearly aren’t hearing his message about defense.

Kenny Atkinson sure liked what he saw from his offense.

Brook Lopez scored 26 points, and the Brooklyn Nets kept the Timberwolves winless on the road with a 119-110 victory Tuesday night.

The Nets shot 55.3 percent from the field and had eight players with at least nine points, the kind of movement and involvement that Atkinson wanted to bring to Brooklyn from his time as an Atlanta assistant.

”We’re sharing the wealth a little more and in the perfect Utopian motion system, that’s what it should look like, where it’s really everybody’s touching it,” Atkinson said.

It led to a surprisingly easy offensive performance against a young Wolves team that clearly hasn’t yet grasped Thibodeau’s defensive schemes.

Thibodeau, whose teams in Chicago were among the NBA’s strongest defensively, said 110 points is ”more than enough to win.”

”Unless we correct the defensive end, it’s going to be a struggle,” he said. ”That has to become a priority by everyone, otherwise nothing positive is going to happen.”

Trevor Booker added 15 points and Sean Kilpatrick had 14 for the Nets.

Andrew Wiggins scored a career-high 36 points for the Wolves, making a career-best six 3-pointers. Karl-Anthony Towns had 21 points, but scoring wasn’t the problem for Minnesota.

”We keep hearing we’re young, that’s why we’re playing the way we play,” Towns said. ”That’s not the reason. We’re just not executing.”

It was close most of the way, neither team having much luck stopping the other, and the Nets’ lead was just two after Wiggins’ jumper with 56 seconds left. Bojan Bogdanovic then made a 3-pointer with 37 seconds to go for a 115-110 lead, and Isaiah Whitehead and Bogdanovic closed it out with free throws.

Without injured point guards Jeremy Lin (strained left hamstring) and Greivis Vasquez (sore right ankle), the Nets got a scare in the first quarter when starter Whitehead had to leave the game after he fell onto the court and Gorgui Dieng accidentally stepped on his face. But the second-round draft pick from Brooklyn was able to return shortly after and had six points, seven rebounds and seven assists.

”That’s the toughness we need and that’s the definition of Brooklyn grit right there,” Lopez said. 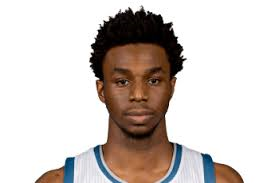 Timberwolves: The Timberwolves lost for just the fifth time in the last 15 meetings. … Wiggins’ previous career-bests were 35 points and four 3-pointers.

Nets: Randy Foye made his Nets debut after beginning the season with a strained right hamstring, scoring three points. … Bogdanovic and Rondae Hollis-Jefferson each had 13 points.

The Timberwolves once signed Kilpatrick in part because they were so short-handed they needed another player just to meet NBA rules of having eight in uniform, and he was playing in the NBA Development League close enough to arrive on time. Now he entered the game as the NBA’s highest-scoring reserve with 17 points per game.

”He’s still the guy that would get in a car and go to any game at any place,” Atkinson said. ”That guy, he’s just a competitor. He’s grinded through some tough times to get where he is and then he just keeps blossoming and we’re giving him a lot of responsibility and he’s answering the bell.”

Nets: Visit Knicks on Wednesday, the first matchup this season between New York’s teams. It’s a short journey for the opener of a five-game trip.