You are here: Home / Sports / Wolves exercise options for Edwards and McDaniels

The Minnesota Timberwolves today announced the team has exercised the third-year options on guard Anthony Edwards and forward Jaden McDaniels.

Edwards, 20, enters his second season in the NBA after finishing up his rookie season where he started 55 games while playing in all 72 games, the only NBA rookie to play in all 72. He averaged 19.3 points, 4.7 rebounds, 2.9 assists and 1.1 steals in 32.1 minutes per game. The Atlanta native shot 41.7% from the floor, 32.9% from beyond the arc and 76.6% from the free throw line. Edwards’ 19.3 points per game marked the most by any rookie in Timberwolves history and his 171 total three-pointers are the second-most in a single-season by a Wolves player, behind Kevin Love (190 in 2013-14). He finished the season ranked in the top 10 among rookies in multiple statistical categories, including first among rookies in points per game (19.3), tied for fifth in steals (1.1) and ninth in assists per game (2.9). Edwards was drafted by Minnesota in the first round (first overall) of the 2020 NBA Draft.

McDaniels, 21, wrapped up his rookie season last year averaging 6.8 points on 44.7% shooting, 3.7 rebounds and 1.0 blocks per game in 63 games played. Among all rookies, the Federal Way, Wash. native ranked second in total blocks (60) and 10th in total three-pointers (72). The Wolves originally acquired the draft rights to the 6-9 forward from the Oklahoma City Thunder on November 20, 2020. He was drafted in the first round (28th overall) by the Los Angeles Lakers of the 2020 NBA Draft. 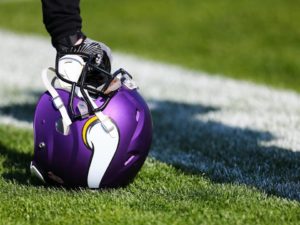 St. LOUIS PARK, Minn. — Implementation of a 35-second shot clock beginning in the 2023-2024 season for Boys and Girls Basketball was approved today by the Minnesota State High School League’s Board of Directors during its regularly scheduled meeting. The adoption of a shot clock for varsity level competition is required through this Board of […] The No. 12-seeded Minnesota Golden Gophers (20-8, 15-5 Big Ten) are set to participate in their 26th NCAA Tournament in school history this weekend. The Gophers will host South Dakota (20-9, 15-3 Big Ten) on Friday night at 7 p.m. Central time. Minnesota will play the winner of Iowa State and Stanford on Saturday night […]