The 2016-17 NBA season is still very young, but both the Minnesota Timberwolves and Denver Nuggets are already dealing with injuries.

Timberwolves point guard Ricky Rubio was sidelined Tuesday against Memphis with an elbow injury, giving way to rookie Kris Dunn. Minnesota was able to withstand Rubio’s absence in a rout of the Grizzlies.

The Nuggets, meanwhile, have been decimated by injury at shooting guard. Gary Harris won’t play Thursday against Minnesota due to a groin injury, and an ankle injury will keep guard Will Barton on the bench in Minneapolis. Barton had been Denver’s leading scorer in the early going, averaging 18 points per game.

Despite two days off, Denver’s lineup still won’t be all too healthy when the 1-2 Nuggets face the 1-2 Timberwolves.

“We need everybody,” Nuggets coach Mike Malone told the Denver Post. “Gary Harris out, Will Barton is out now, Darrell Arthur is out. That’s one of the things about having a deep team. Everybody’s got to be ready to play.”

Arthur, a 6-foot-9 forward, has yet to play this season due to a knee injury but practiced in advance of Thursday’s contest. Denver will need to get healthy in a hurry in order to have enough fresh bodies to compete against a Wolves squad far less banged up.

Rubio has been the only injury of note for Minnesota through three games. The veteran point guard went down late in the Timberwolves’ road loss to Sacramento and has since been ruled out indefinitely with a sprained right elbow. 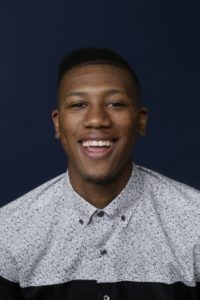 In stepped Dunn, the fifth overall pick from Providence, for his first NBA start. Dunn notched 10 points and added six assists and five steals in 29 minutes of action.

“It’s not college or high school where I was the main focus,” Dunn said after Tuesday’s win. “There’s other players. I like distributing the ball. I like when my teammates are scoring, because it helps everybody out.”

Minnesota secured its first win by finally holding onto a double-digit lead, thanks in large part to a 31-point effort from guard Zach LaVine. The Wolves led by 15 or more in each of their first two games but lost both road contests.

After leading by as much as 40 on Tuesday, Minnesota made sure the Grizzlies never had a chance. Memphis was playing without two of its top players, but the Wolves kept the throttle down regardless.

Denver enters Thursday’s matchup after two straight losses by three points or less. The Nuggets lost by two at home to Portland before a three-point road loss against Toronto.

In order to leave Minneapolis with a win, several players will have to step up for Denver in the absence of the Nuggets’ injured guards. One player who should see extended minutes is Jamal Murray, the rookie from Kentucky who has yet to hit a field goal for Denver.

“It’s a good opportunity for me to get used to this team and be on the court,” Murray told the Denver Post. “It’s going to be good.”