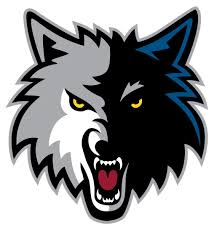 Rob Moor, the longtime CEO of the Minnesota Timberwolves and Lynx, is stepping down, owner Glen Taylor announced on Friday.

Moor will transition to a role that assists Taylor in overseeing his business interests.

”As I continue preparations for succession planning, I recognize that our family’s assets have reached the point where a new approach needed to take place,” Taylor said in a statement. ”The management and oversight over this diverse portfolio of companies requires more involvement by the family than they have in the past. Thus, I have asked Rob to join me in support of the oversight over these companies.”

Moor served as CEO for both teams since 2004 and helped Taylor execute the purchase of the Timberwolves in 1995.

”Glen has planned that the family assets will eventually move to a foundation,” Moor said in a statement. ”I am honored that Glen would select me to join a team that will be responsible for safeguarding those assets and seeing them continue to develop in the future.”

Moor worked primarily with the business side of the franchises, but did play a prominent role in hiring David Kahn as the Timberwolves’ top executive back in 2009. Kahn’s tenure in Minnesota was a disastrous one, resulting in the franchise setting itself back years in its push to get back to the playoffs.

Kahn was fired in 2013 and the Timberwolves are only now showing signs of recovering from the Kahn era.

Taylor says a new CEO will be determined ”in the near future.”

It’s the latest in a number of significant changes for the Timberwolves, who are hopeful that a core led by Karl-Anthony Towns and Andrew Wiggins will help end the longest active playoff drought in the NBA, a streak that reached 12 seasons this year.

Moor was believed to be on his way out when Taylor was negotiating to bring in Memphis Grizzlies minority owner Steve Kaplan and groom him as his eventual successor, but those plans have stalled somewhat.

Taylor hired Tom Thibodeau as the team’s new president and coach shortly after the season ended to replace Flip Saunders, who died from lymphoma in October.

He brought in Scott Layden to serve as GM and the pair has been working on remaking the basketball operations side of the franchise heading into the draft next Thursday.

Moor joins assistant GM Rob Babcock and coaches Sam Mitchell and Sidney Lowe on the list of those who had good relationships with Taylor but departed anyway.