You are here: Home / Sports / Wolves take on Lakers tonight in LA 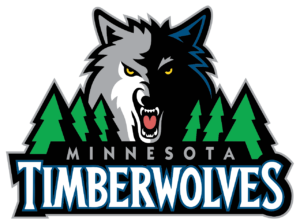 LOS ANGELES — If the inconsistent Minnesota Timberwolves expect to have any shot at the playoffs, they need to string together some wins during their three-game road swing.

The Timberwolves (28-42) begin their trip Friday night against the Los Angeles Lakers (20-51) at Staples Center. Minnesota faces the Portland Trail Blazers on Saturday before visiting the Indiana Pacers on Tuesday.

Minnesota has lost four in a row, dropping 5 1/2 games behind the Denver Nuggets in the race for the eighth and final spot in the Western Conference playoffs, with 12 games remaining. The Timberwolves have struggled on the road, posting a 10-23 record.

In their last home game, the Timberwolves fell to the San Antonio Spurs 100-93 on Tuesday. Karl-Anthony Towns scored 25 points and collected 14 rebounds, while Andrew Wiggins finished with 22 points for the Timberwolves.

The Timberwolves held a 93-92 lead with 2:04 left after a bucket by Towns, but never scored again.

Turnovers hurt the Timberwolves again. Minnesota committed 23, resulting in 35 San Antonio points. The Timberwolves are ranked 20th in the NBA for miscues, averaging 13.7 per game.

“That’s what killed us: turnovers,” Wiggins told the Star Tribune. “The turnovers. Everyone needs to play together, execute the plays that we’re known for.”

Minnesota is struggling late in games during its slump.

The Lakers have been known for mediocre play for much of the season. They were pounded 133-109 by the Los Angeles Clippers on Tuesday.

Lakers coach Luke Walton was unhappy again with the performance of his players, calling them out for playing as individuals instead of as a team.

Walton was so disgusted with his starters, he benched them at the start of the second half after the Clippers rolled to a 70-40 halftime lead.

“He told us that’s unacceptable to come out like that, and I think it was embarrassing for us to be down like that,” rookie forward Brandon Ingram told the Los Angeles Times. “It’s just something that can’t happen.”

But that’s been the routine for the Lakers, who have the worst mark in the Western Conference and have dropped 14 of the last 15 contests. Still, Walton tries to remain positive.

“To me, there has been a lot of individual improvement,” Walton said. “What we have to understand as a team is that until the team means more than the individual, it’s going to be really hard to win. I think our guys understand that and try to do that, for the most part. But, when adversity hits, it’s natural to fall back on your old habits.”

Those habits were on full display the last time the Lakers played the Timberwolves, who won 125-99 on Nov. 13 at Minnesota behind a career-high 47 points by Wiggins.

The clubs will face each other two more times. Los Angeles will visit Minnesota on March 30, and Minnesota returns to Staples Center on April 9.