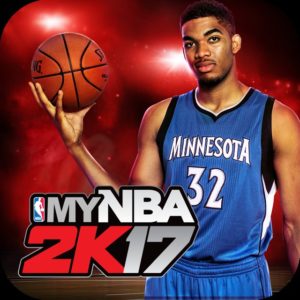 Minnesota Timberwolves center Karl-Anthony Towns has been tabbed to be the face of 2K’s mobile companion application to NBA 2K17 video game, which is set to launch on Sept. 8.

The reigning rookie of the year will be the icon cover athlete for MyNBA2K17, the latest in a series of high-profile endorsements for Towns. The NBA 2K franchise has been the No. 1 selling NBA video game for the last eight years.

”I’ve been a dedicated NBA 2K fan since I was young, and being selected as the face of MyNBA2K17 is an incredible milestone this early in my career,” Towns said on Wednesday. ”Playing MyNBA2K and NBA2K is an essential part of my offseason and keeps me grounded during the season with all my travel. I love that I will have the opportunity to connect further with my fans through MyNBA2K17.”

The free app connects players to the NBA 2K17 console game and includes facial scanning technology. That allows fans to design players for the game on Xbox One or PlayStation 4 using their own facial features. The app also allows users to watch 2KTV on their mobile devices and play quick games and season tournaments against users around the world.

Towns also has deals with Nike and Samsung among others and made a guest appearance on the Disney television show ”Gamer’s Guide to Pretty Much Everything” this summer.

On the court, he is teaming with Andrew Wiggins, Zach LaVine, Ricky Rubio and Kris Dunn to try to end the Timberwolves’ 12-year playoff drought.