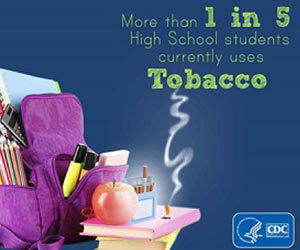 While the use of e-cigarettes has nearly doubled, the use of traditional tobacco fell dramatically among both 9th and 11th grade students across the state. Pat McKone is with the American Lung Association.

McKone says both 9th and 11th graders reported using e-cigarettes at twice the rate of conventional cigarettes.  She says e-cigs typically contain nicotine and many kids who use them, often turn to the traditional tobacco products.

According to the 2016 Minnesota Student Survey 8.4% of 11th graders and 4.3% of 9th graders reported smoking cigarettes in the past 30 days.

The survey also found that, despite declines in use among all groups, disparities still remain among some student populations.  American Indian students, those experiencing economic hardship, identifying as bi, gay, or lesbian experiencing suicidal thoughts and those who also binge drink, smoke at significantly higher rates.

The Minnesota Student Survey is conducted every three years among populations of Minnesota public schools.  The census-like survey asks questions about activities, experiences, and behaviors.  Topics include: tobacco, alcohol and drug use, school climate, physical activity, violence and safety, health connections with school and family, and other topics.  In 2016, nearly 169,000 public school students participated in the survey.