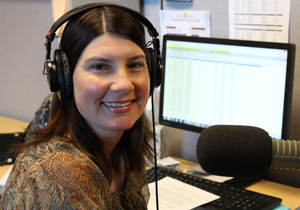 Tasha Redel
Bureau Chief
Tasha has been a popular voice on the air, locally and statewide, for 20 years.

Besides a short stay in Arkansas working my first radio job, I’ve been a life-long resident of this great state. I was born and raised in Montevideo, in western Minnesota’s Chippewa County.

What sparked my interest in journalism and news in general was Sunday October 22nd, 1989. It’s the day reports started surfacing that 11-year-old Jacob Wetterling had been abducted in his hometown of St. Joseph. It was then, I instantly knew, I wanted to be the one reporting the stories that impact our daily lives. I continued to report on the Wetterling case, with the strong hope, that one day we’d find out exactly what happened to Jacob and bring him home. That has now happened and we join Minnesotans in mourning the death of this little boy. One story of one life can impact so many.

Thanks for tuning into your MNN affiliate and for your continued support of local radio. Because of YOU, I can do what I enjoy most.

Mike Grimm
Sports Director
Mike Grimm is also the radio voice of the Minnesota Golden Gophers. A three-time Minnesota Sportscaster of the Year, Mike keeps an eye on competition at all levels, including the busy professional sports industry in Minneapolis.

Minnesota radio listeners have likely heard me all over the state anchoring sportscasts for the network and calling play-by-play for the Golden Gophers. I thoroughly enjoy covering all of the Minnesota sports scene and relaying the exciting news and action to the Land of 10,000 Lakes. Prior to arriving in Minnesota, I worked at legendary radio station KMOX in St. Louis from 2001 through 2006, anchoring afternoon sportscasts, hosting the evening sports talk show, and keeping St. Louis Cardinals fans company on pregame and postgame shows. Before my stint in Missouri, I worked for nine years in Iowa, anchoring sportscasts on AM radio giants WMT and WHO. I also hosted talk shows and was an award-winning news anchor in Cedar Rapids.

My wife is a Minnesota native (we were married on the shores of Lake Mille Lacs) and our two kids are huge sports fans and high school athletes themselves. 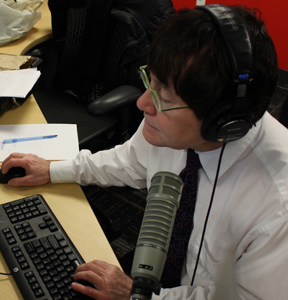 Bill Werner
Anchor/Political Reporter
Bill has been MNN’s Capitol correspondent for 22-plus years. He is well-known at the rotunda for his frank questions and unmatched work ethic.

It is probably safe to reveal this because the statute of limitations has expired: I got my start in radio in junior high school when my friends and I built a pirate radio station. Unlicensed. Uh, illegal. With the assistance of a very significant person who will still remain unnamed, we had our tiny transmitter on the air on 740 AM, at that time a clear spot in the Twin Cities during the day. I still remember putting the first 45s on the turntable in “repeat” mode and carrying the transistor radio into my parents’ front yard to listen in the shade of the big oak tree.

What followed was years of fun, as my friends got on with the real responsibilities of life. After college, I went into a respectable and promising career in computer programming I worked in consumer electronics servicing for five years or so, at the same time dabbling in pro radio as a weekend D-J on (then MNN-affiliate) KANO 1470/Anoka. The news director left and the G-M asked if I wanted the job. I told him I’d never done news and he said he thought I could. Bruce Frank, thanks for letting me take the chance on myself. An opportunity opened up at Minnesota News Network. Then came nearly 25 years of learning the Capitol beat and still not knowing all of it — a time I have had the privilege of coming to know many of you. It’s been a good run and yet I have more that I want to do. 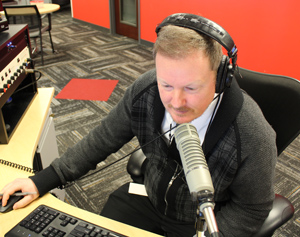 Scott Peterson
Political Reporter
Host and Producer of Minnesota Matters
Scott has been with Minnesota News Network for five years. Prior to that, he was news director at an affiliate station in Northfield, MNN.

As a lifelong Minnesotan I’ve seen much of the state, from International Falls to Albert Lea and many points in between, and there is much for me yet to see. I’ve been a fan of broadcast news and radio since I was a little kid–looking up to the likes of Walter Cronkite and Paul Harvey. It’s a privilege to share stories with listeners throughout the state—one that I don’t take for granted and one that I appreciate every day. I love to be where the action is, and I like to be aware of what’s happening here in Minnesota and around the world. When I’m not chasing down a story, I’m spending time with my wife and two children, checking out a Twins game, catching a movie or playing with my band. And in the back of my mind I’m wondering what the next big story will be, where it will lead me and how it will impact our listeners.